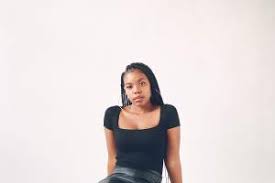 the upcoming and prestigious music icon whose song have been trending all over the cities of South Africa and the world beyond have dropped a hint about her long awaited anticipated debut album.
the world music guru who will be going on a music tour soon and fans all over the world can not wait to see thier favourite artist in their cities!!
It have recently be seen that the award winning SA music mogul have been working on a new music banger which she don’t tend to reveal now but will drop the banger soon for all his fans to cop and enjoy for free with out stress on charlievibes your Home of African music download on the internet.

Ndivhuwo Elaine Mukheli is the biological name of the South African singer who is professionally called Elaine. She was born and raised in South Africa as a R&B singer and songwriter from Pretoria.

She began to sing at age of six and partook in the school choir and other talent competitions as she grew up. Six years ago, she received a gold medal during the 8th World Choir Games that took place in Riga, Latvia.

She studied studied law at the University of Witwatersrand, and from childhood she had been writing her music had always shown interest in music. Her late debut in 2019 was so massive that it peaked No. 1 on both the South African iTunes and Apple Music album chart, giving her the title as the first independent female singer to do so.

The project was then certified Platinum by RISA just about 12 months after its original release and it was subsequently nominated for Best R&B/Soul Album during the 26th SAMA South African Music Awards.

She made it known via a recent interview in which she really delved into the main sturdy picture of the upcoming project. 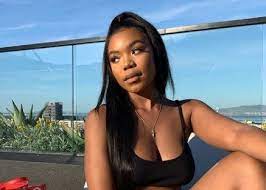 In her own word’s she mentioned; “Recording it has been an amazing journey, and people are going feel the growth and maturity in my songs. I’ve grown from the young girl I was when I did my EP”

There is no lie in what she iterates, especially judging by the material she produced on the “Elements EP” one of her greatest sources to date.

Finally speaking on the album, she said; “I explore topics and subjects I was too afraid to speak about before. Now I am just being honest and open about my experiences, troubles and insecurities. I was vulnerable on the album.”