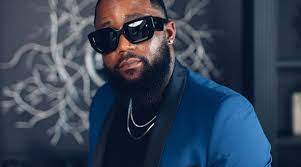 the popular and prestigious music icon whose song have been trending all over the cities of South Africa and the world beyond have dropped a hint on his upcoming album.
the world music guru who will be going on a music tour soon and fans all over the world can not wait to see their favourite artist in their cities!!
It have recently be seen that the award winning SA music mogul have been working on a new music banger which he don’t tend to reveal now but will drop the banger soon for all his fans to cop and enjoy for free with out stress on charlievibes your Home of African music download on the internet.
The already trending hit banger has got an intense vibe and banging beat and gonna make you move your body and and make you sing along. If you ever need a song that’s gonna be best for you.

Refiloe Maele Phoolo who is popularly known as Cassper Nyovest is a South African rapper, record producer and businessman. He was born in Mafikeng, North West Province on 16 December 1990.

With about five studio projects to boast of, Cassper is taking no more chances and right now he is gearing up for another major hot on the timelines.

If his tweet is anything to go by, then the project is expected to trail the 2018 hit album “Sweet And Short” which featured 11 tracks and the likes of Frank Casino, DJ Sumbody, Boskasie and Shwi Nomtekhala.

Not so long after, the project went platinum, with the music star feeling proud of his achievements so far, and the success of the delivery.

He mentioned; “The album is beautiful!!!! #SweetAndShort2″ and with that tagline, his fans have gone haywire in anticipation of something worth the while.