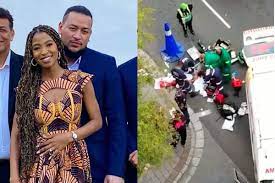 AKA comments About Nelli Tembe’s Death

the popular and prestigious music icon whose song have been trending all over the cities of South Africa and the world beyond have dropped series of comments about his late woman Nelli Tembe.
the world music guru who will be going on a music tour soon and fans all over the world can not wait to see thier favourite artist in their cities!!
It have recently be seen that the award winning SA music mogul have been working on a new music banger which he don’t tend to reveal now but will drop the banger soon for all his fans to cop and enjoy for free with out stress on charlievibes your Home of African music download on the internet.

The award-winning rapper from South Africa, whose career spans over thirteen years. Known for his bad boy persona and controversial statements, AKA has managed to ruffle a few feathers in his professional and private life, but apart from all the drama he’s faced, AKA is undoubtedly one of South Africa’s most successful musicians.

The music icon was born on 28 January, 1988, in Cape Town, which is in South Africa’s Western Province. AKA, whose real name is Kiernan Jarryd Forbes, is in his 30s and has a brother that is five years younger than him.

During his early childhood in Cape Town, AKA attended the Holy Cross Convent. By the time he lived in Johannesburg, the rapper had attended Greenside Primary School. His teenage years were then spent attending St. John’s College, where he formed a Hip Hop group named Entity, alongside his group members Vice Versa & Greyhound. 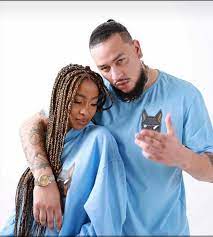 Entity rose to success in the mid-2000s with hit songs like Touch & Go and First Gear.

However, by the year 2006, the group dispersed as each group member expressed different visions for their own career paths. Whilst the other two members decided to further their studies at tertiary level, AKA took a leap of faith and continued his career as a solo rap artist.

In 2009, the brand AKA began taking off as he released hit singles such as Problems, In My Walk and Do It. But it was the years 2010-2012 that catapulted the rapper into stardom. After he released his debut album, Altar-Ego, which featured hits such as I Want It All, All I Know and the smash hit that was Victory Lap.

Since then, AKA has released two more albums – Levels, which was released in 2014, and his most recent album project to date, Touch My Blood. Levels was certified triple platinum by RISA, while Touch My Blood was recently certified gold.

AKA had some relationship before meeting Nelli. In 2012 he began dating the mother of his child, DJ Zinhle (real name Ntombezinhle Jiyane). By 2015, DJ Zinhle had fallen pregnant with AKA’s first child. However, in the same year, Zinhle announced in her own personal blog that AKA had admitted to cheating on her with media personality, Bonang Matheba, while she was pregnant.

Zinhle revealed that AKA had come clean after cheating rumours about him having an affair with Bonang ran amok. Bonang had initially denied that she was cheating with AKA and threatened to sue Zinhle for defamation of character.  DJ Zinhle never apologised.

Also In late 2016, AKA and Bonang eventually went public with their relationship and gradually began posting pictures of each other on their Instagram accounts, as an official statement that they were indeed together.

The exes dated for two years and during that time, Bonang featured on AKA’s video for his single,The World Is Yours.

The couple continued to receive a lot of attention from the media. In 2016, they won the Favourite Couple Award at the YouSpec Awards.  They also graced the cover of various magazines as a couple.

After his break up with Bonang, in 2018, AKA was rumored to have briefly dated model and socialite, Nicole Nyaba, whom he once mentioned in his song One Time. In an interview on Drum magazine, Nicole confirmed that they were romantically involved for a short period, and that she had actually lived at his home while they were dating.

She further mentioned that their relationship ended because of DJ Zinhle. Nicole revealed that they broke up because AKA had admitted that he had gone back to Zinhle.

In early 2019, Zinhle and AKA made headlines again after the two jetted off to an undisclosed vacation destination together. Although they are yet to confirm if they’ve rekindled their relationship, sources close to both entertainers believe that they are indeed an item again.

Now to Nelli’s case, The video containing the interview held with eNCA journalist Thembekile Mrototo was initially taken down but has been uploaded after the apology rendered by the tv’s producer.

In the interview, AKA explained the reason for her death being about her suicidal state, and the constant threats he received from her to do the act. 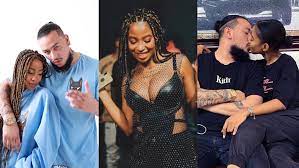 As the other occasion before, he explained that the same was what ensued on the day of her death. He tried to bring up a past issue for them to resolve, but unfortunately, the late Nelli wasn’t having it and she threatened to jump off the balcony.

Not taking her so serious as she had uttered similar things in the past, he reached out to security and went into the toilet.

By the time he got out, he mentioned she was nowhere to be found until he checked the balcony and found her body beneath. he added he kept muttering “Oh my God.”

For a perfect week, this news is just the perfect prescription for your day and you will never want to leave us as we are dedicated to make your life an unimaginably exceptional world where nothing else matters except news and music.
Always stay tuned on charlievibes your best music, mixtape, album, video and entertainment news site for your best and trending music that will make you go wow.

AKA comments About Nelli Tembe’s Death