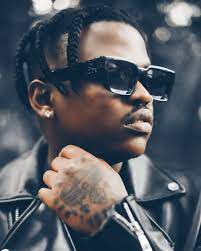 Lethabo Sebetso, professionally addressed as Focalistic, is a 24 years old South African rapper and songwriter born and raised in Pretoria. … Focalistic holds a degree in Political Science obtained from the prestigious University of Pretoria, South Africa in 2017. He named his style of rapping Pina Tsa Ko Kasi.

Focalistic is about to erupt another volcano and to this, he would title “Gupta” featuring Mr JazziQ, Lady DU, Mellow and Sleazy.

Focalistic is truly on a winning spree this season, and nothing can match the energy he has brought to the table since the year began.

This would follow up massively to what he served on the “Ke Star” remix featuring Davido, and while that is still on the worldwide trend tables, he is attempting another record-breaker.