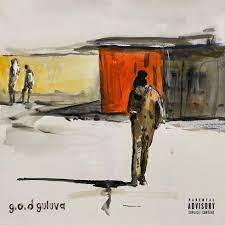 Senzo Brikka Vilakazi (born 11 August 1988) known professionally as Kwesta, is a South African rapper and songwriter. Born in Katlehong, Gauteng, a township also known as ‘K1′. At the age of 15, he and his friends formed a rap group “Ghetto Fellaz” which then changed to “The Juvenylz”, in 2003. He is currently signed to his own independent media company known as RapLyf Records with co-founder Kid X.

Kwesta has come ready and prepared and to that, it’s a celebration as he announced the ‘g.o.d Guluva’ album release date, cover and tracklist.

“Spirit” was released, in 2017 featuring American Rapper Wale and was certified platinum by RISA

He developed an interest in poetry during his high school years and received positive feedback and encouragement from fellow students and teachers.

In 2003, Kwesta became a part of the group The Ghetto Fellas later known as The Juvenylz. The group disbanded after two years.

After the group’s disbandment, Kwesta made an agreement with Africa’s Most Southern Record Company for the use of their studios. During this time, Kwesta participated in competitions and events to provide visibility for his brand. He took part in YFM’s Rap Activity Jam MC of the Month competition. He topped ETV’s Shiz Niz Freestyle Kings Special. Also, he performed at The Rand Show, Miss Confidence Show and The Durban Beach Festival.

The rapper dropped out of high school at the age of 16. After which he convinced his mother to give him the taxi fare necessary to get to Buttabing Entertainment’s offices. The meeting resulted in him being added to the record label’s roster marking the beginning of his signed career

In 2007, Kwesta earned a judging gig on the Sprite Hip Hoop Tour and a feature on The Ventilation Street Tape. He was also part of The Nokia Defend Your Street Campaign, where he worked with other artists to create the theme song.

In the same year, Kwesta released his inaugural single Sharp Fede.  He later released a mixtape in collaboration with DJ C-Live.

In 2010, Kwesta was among the few chosen as Brand SA Ambassadors. He performed during the national roadshows held before the 2010 FIFA World Cup hosted in South Africa. Kwesta worked alongside Kelly Rowland, Jozi and 2Face amongst other artist on the Everywhere You Go anthem for MTN. He also performed during the 2010 FIFA World Cup closing ceremony

the world music guru who will be going on a music tour soon and fans all over the world can not wait to see their favourite artist in their cities!!

2. Kwesta – Snakes In The Crib